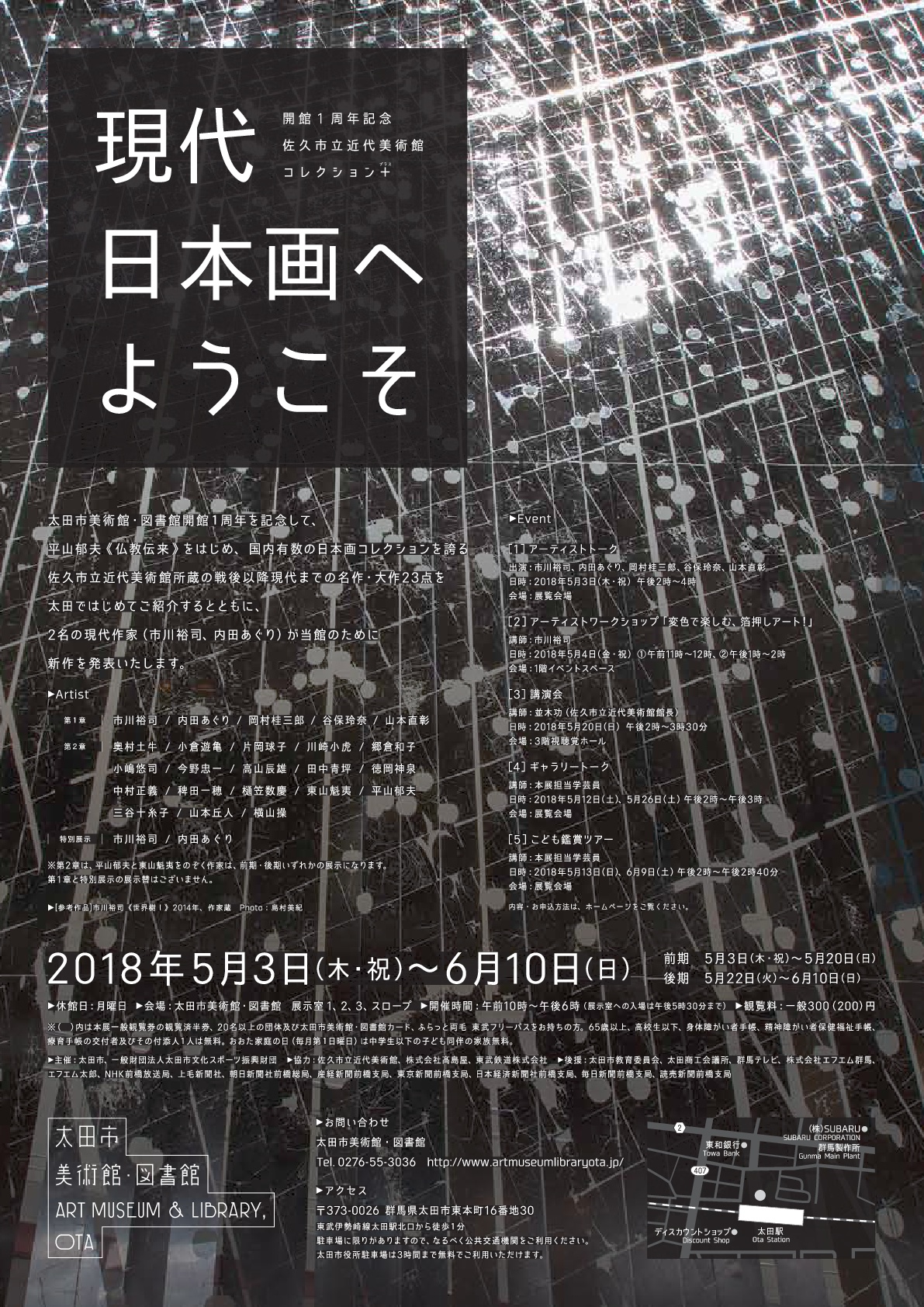 To commemorate the 1st Anniversary of its opening, Ota City Art Museum and Library brings together 23 masterpieces from the Saku City Museum of Contemporary Art collection which holds one of the most renowned Japanese art collections in Japan. The exhibition features Ikuo Hirayama’s “Bukkyo Denrai (Buddhism Arriving)” and other works created after WWII never before exhibited in Ota under the title: Saku City Museum of Modern Art Collection & “Introduction to Contemporary Japanese-Style Painting”.
Generally, when people hear the words “Japanese-style painting”, historical traditional images come to mind making no connection with the modern times. However, in the Meiji era, when politics, society and culture saw a radical transformation, the concept of “Japanese-style painting” was born in response to “Western-style painting.” Artists blended and integrated various techniques and styles of Japanese paintings from before the Edo period, seeking to express the new age and to achieve contemporaneity, thus creating a very modern style of painting.
This exhibition features a large number of works borrowed from the Ichiji Yui Memorial Hall at Saku City Museum of Modern Art in Nagano Prefecture. These are 23 works of artists including big names like Ikuo Hirayama and Kaii Higashiyama and contemporary painters who seek to explore Japanese-style expression from the Saku City Museum of Modern Art Collection of postwar to modern paintings. In addition, Yuji Ichikawa and Aguri Uchida exhibit some of their new and old works, especially for our museum, luring everyone further into the world of contemporary Japanese-style painting. Come and enjoy this special collection of Japanese-style paintings created to represent both the past and the present.

Featuring the works of five artists representing contemporary Japanese-style painting, with a focus on their masterpieces.

An artist who expands the techniques of Japanese-style painting to transform the space significantly, Yuji Ichikawa created and brought a new work for this exhibition.

Aguri Uchida uses people as her main motif, and bold forms and colors. She recomposed new and recent works to be displayed at this exhibition.

A video of interviews with the five artists featured in Exhibition Room 1 will be screened in the same room.
In their individual ateliers, they talk about their work and their career as artists.
The order of appearance and timetable are as follows. We hope you enjoy!

The Ichiji Yui Memorial Hall at Saku City Museum of Modern Art is a public art museum housing about 3,300 works of art including Japanese-style painting, Western-style painting, sculptures, crafts, books and contemporary art located in Komaba Park. Most of the artworks are modern Japanese art collected over 50 years by Ichiji Yui (1909-1992), an art dealer born in Saku city who later established Bijutsu-Nenkansha Co., Ltd. It also features the vast Koichi Kobayashi collection of contemporary Japanese-style paintings and crafts and foreign artworks and various other items. It is especially famous for Ikuo Hirayama’s masterpiece “Buddhism Arriving” (1959) and other Japanese-style paintings. There are five exhibition rooms covering three floors, with about 100 works on rotating display, and special exhibitions held once or twice a year.
Address: 35-5 Sarukubo, Saku City, Nagano Prefecture, 385-0011 Japan
https://www.city.saku.nagano.jp/museum/ 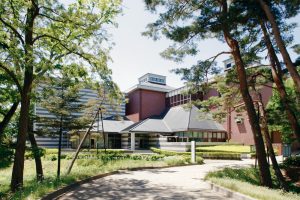